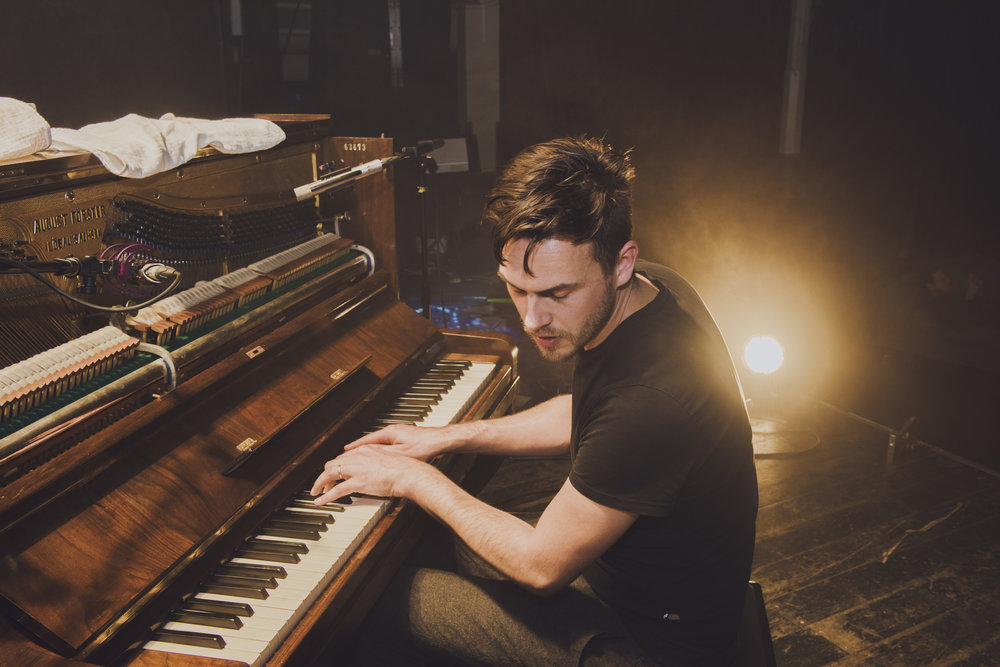 Pieter is a performer and writer from Utrecht and  studied music at the Conservatory of Rotterdam. He then spent several years touring with a variety of bands, from jazz improvisers to hip-hop collectives. When the opportunity of performing with the acclaimed Kyteman Orchestra, famous for their sprawling, improvisational shows, arose and Pieter seized the opportunity to take the lead and build new jams from as little as a single note. It was during this period that Pieter formed a special bond with cellist Jonas Pap, and today much of Pieter’s work is conceived and recorded with Jonas acting as Pieter’s collaborator.

Pieter signed to Sony Classical in 2018, his first release being a compendium of tracks entitled Prologue. This was followed by a new EP Vortex, released in 2019.