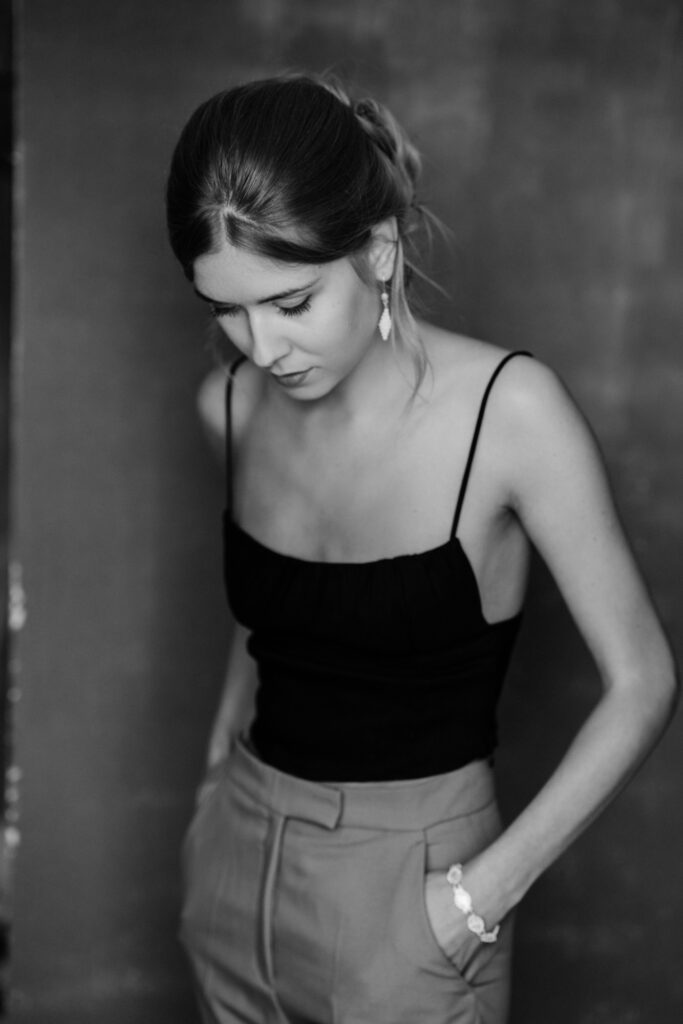 Natalia is a Ukrainian-born composer and virtuoso violinist. After graduating from Lysenko Music School in Kyiv, she was classically trained at The Music and Arts University of the City of Vienna. She then went on to graduate with an MA in Composing for Film and Television from the National Film and Television School where she was mentored by Dario Marianelli.

Defined by a distinctive use of strings and vocals, Natalia’s music draws from her classical background to combine elements of folk, electronic, and classical.  Her latest collaboration with composer Angus MacRae on the Silent Fall EP is based on a series of improvisation and experimentation with piano, strings, synths, and vocals. She has also released the two-part solo EP Choven I & II and the singles Oj Hodyt Son and Verbova Doshchechka, both inspired by traditional Ukrainian songs.

Natalia has scored award-winning films across fiction, documentary, and animationthat have screened internationally at festivals such as Palm Springs, Indie Shorts, PÖFF, and were short-listed for BAFTAs.

Since 2017 Natalia has been collaborating with the Kyiv National Academic Molodyy Theatre scoring several plays, including The Master Builder and Ostriv Lyubovi.

As a violinist, Natalia performed all around the world, both as a soloist and a member of chamber groups and orchestras at such venues as Wiener Musikverein, Wiener Konzerthaus, ORF RadioKulturhaus, Synchron Stage Vienna, and the National Philharmonic of Ukraine. She has also worked as a session violinist and violist with composers Lorne Balfe, Oli Julian, Alex Baranowksi, Jonathan Hill, and many others.