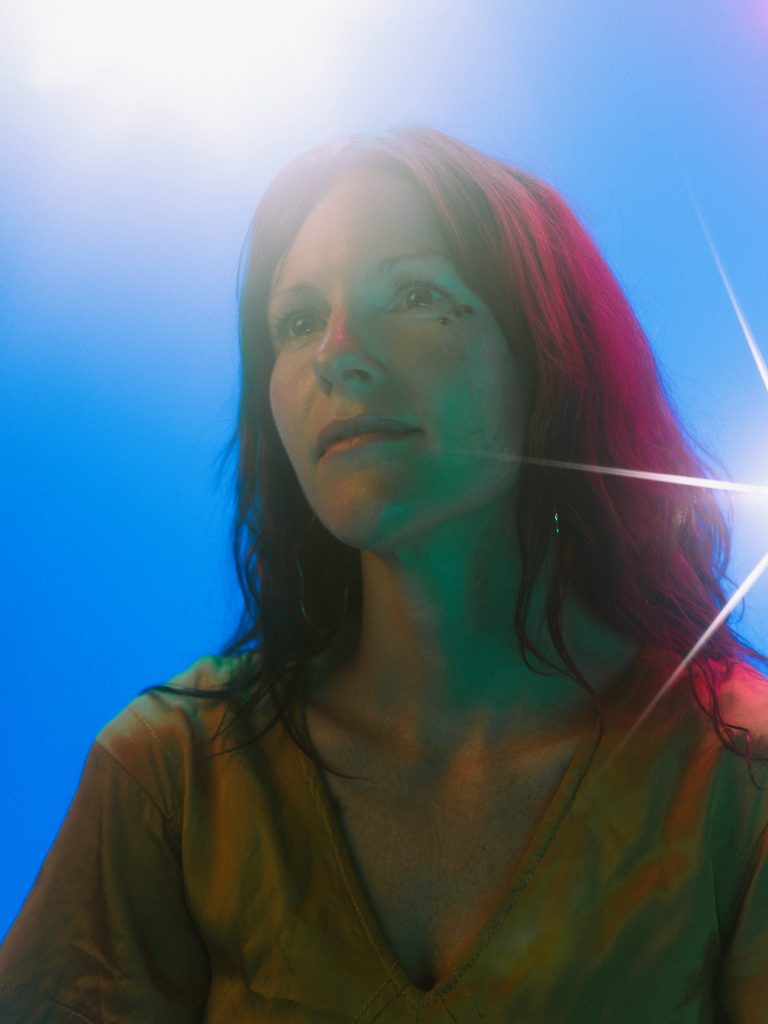 Since the release of her 2017 LP The Kid, American composer, artist, and producer Kaitlyn Aurelia Smith has focused her energy in several directions. She founded Touchtheplants, a multidisciplinary creative environment for projects including her modular synth work Tides: Music for Meditation and Yoga and the first volumes in her instrumental Electronic Series (Abstractions, 2018) and pocket-sized poetry books on the practice of listening within. She’s continued to explore the endless possibilities of electronic instruments as well as the shapes, movements, and expressions found in the physical body’s relationship to sound and color. In advance of new music, Smith begins 2020 with the announcement of her signing to Ghostly International and a tour supporting Caribou through the US and Europe.

Kaitlyn Aurelia Smith’s formative years were spent communing with nature on Orcas Island in the northwest region of Washington state, a place she describes as “one of the most magical and peaceful places I have ever been.” Though she wouldn’t begin experimenting with modular synthesis for years, her creative work is infused with and inspired by the vitality and serenity of Orcas.

Smith left to attend Berklee College of Music, where she studied composition and sound engineering, initially focusing on her voice before switching to classical guitar and piano. She employed the skills she refined in college in her indie-folk band Ever Isles, but a fateful encounter with a neighbor who lent her a Buchla 100 synthesizer had a profound effect on her. She explains “I got so distracted and enamored with the process of making sounds with it that I abandoned the next Ever Isles album.” Starting with rhythmic patterns and melodic pulses, she began sculpting lush and exciting worlds of sound.

What began as a curious excursion soon became a fully forged path. 2015 saw the release of Smith’s full-length, Euclid, a playful and wide-eyed album that spurred from her experiments in writing music for geometric shapes while at the San Francisco Conservatory. A clear step forward from the nebulousness of her previous output, Euclid drew acclaim from all reaches of the experimental music world and cleared a path for Smith’s successive longform work under her birth name. Little more than a year later Smith returned with her wonderstruck psychedelic breakthrough EARS to universal praise in the spring of 2016.

Pitchfork called EARS “rich and rewarding” remarking aptly that Smith “focuses on a narrow band of feeling – wonder, curiosity, disorientation, bliss – and constructs a gleaming sonic world to house them.” The site included both EARS, and Smith’s collaboration with longtime influence Suzanne Ciani, Sunergy, as two of the top twenty experimental albums of the year, while other outlets including NPR, SPIN, and Rolling Stone sung similar best-of-the-year praises. In addition to her collaboration with Ciani that year Smith teamed with Mark Pritchard for Absolut’s remix series, toured with fellow sonic-adventurists Animal Collective, and soundtracked Google’s incredible virtual tour series The Hidden Worlds of the National Parks.

The Kid was released in October 2017 on Western Vinyl, subsequently landing the top spot on Rolling Stones’ Best Avant Albums and #2 on Pitchfork’s Best Experimental Albums of the year. The sprawling set is a sonic representation of four distinct stages of the human lifespan, from birth to self-awareness to the forging of one’s individual identity to old age and death. Working with a wide array of synthesizers, Smith created an album that is at once personal and universal, sonically engrossing and lush.

In May 2020, Kaitlyn released the album The Mosaic Of Transformation on Ghostly International. “I guess in one sentence, this album is my expression of love and appreciation for electricity.” While writing and recording, Kaitlyn embraced a daily practice of physical movement, passing electricity through her body and into motion, in ways reflecting her audio practice, which sends currents through modular synthesizers and into the air through speakers.

“(Kaitlyn’s) new album is a tender and warm-hearted offering, well-suited as an ointment for the dullness of life in isolation.” Pitchfork

“Though it finds Smith at her most reserved, The Mosaic Of Transformation feels like a breakthrough, melting the pop-savvy hooks of her past records into one gorgeous, rarefied sound, as invigorating and smooth as electricity flowing through circuits.” Resident Advisor

“The Mosaic Of Transformation is excellent.” Loud and Quiet.

“Some of Smith’s most texturally rich and immersive work yet.” CLASH

Video Vidéo In The Studio