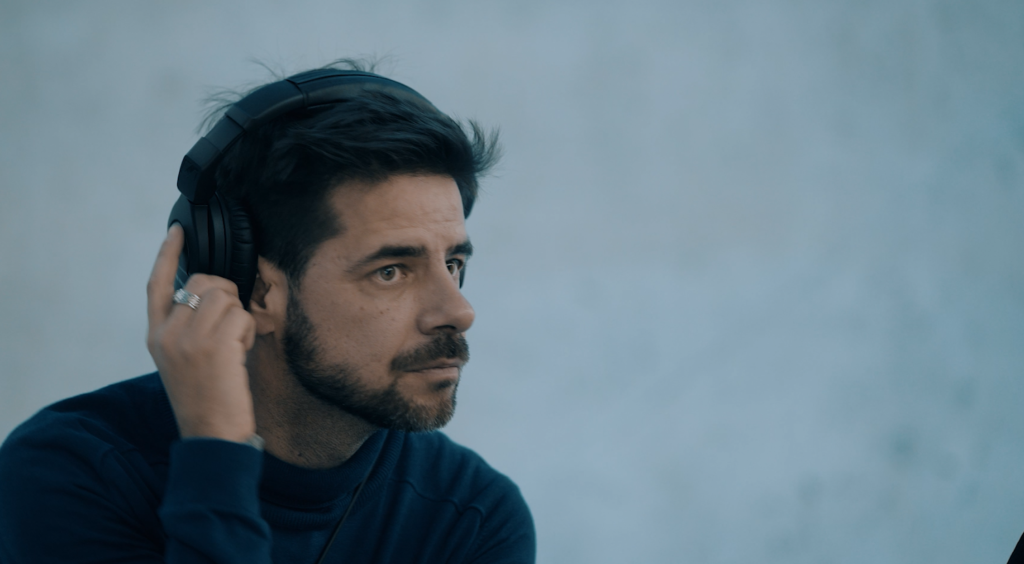 Award-winning Portuguese composer João Pedro ‘JP’ Coimbra received a commission from the Portuguese Ministry Of Culture to fund his musical project, VIBRA. In part a celebration of the public realm, VIBRA was recorded in a variety of spaces within JP’s home city of Porto including a Metro station (Estação do Marquês), an underground river (Rio de Vila),, the stairways of a grand concert hall (Casa da Música) and a modern art gallery (Serralves). The composer’s objective for the project being to combine the plasticity of untreated public spaces and their inherent acoustic characteristics into the compositions so that the spaces became an extension of the musical instruments. The resulting album combines neo-classical with melodic jazz and choral performance.

A well-known figure on the Portuguese music scene, JP began his career with as a professional musician with the Ballet Teatro do Porto and the Porto Jazz Orchestra. In 2002, JP formed the group Mesa with vocalist Rita Reis. Together they released 5 albums over the next twelve years on Sony. VIBRA represents the first time JP has released music under his own name.

VIBRA is released on 9th September via Cognitive Shift Recordings.