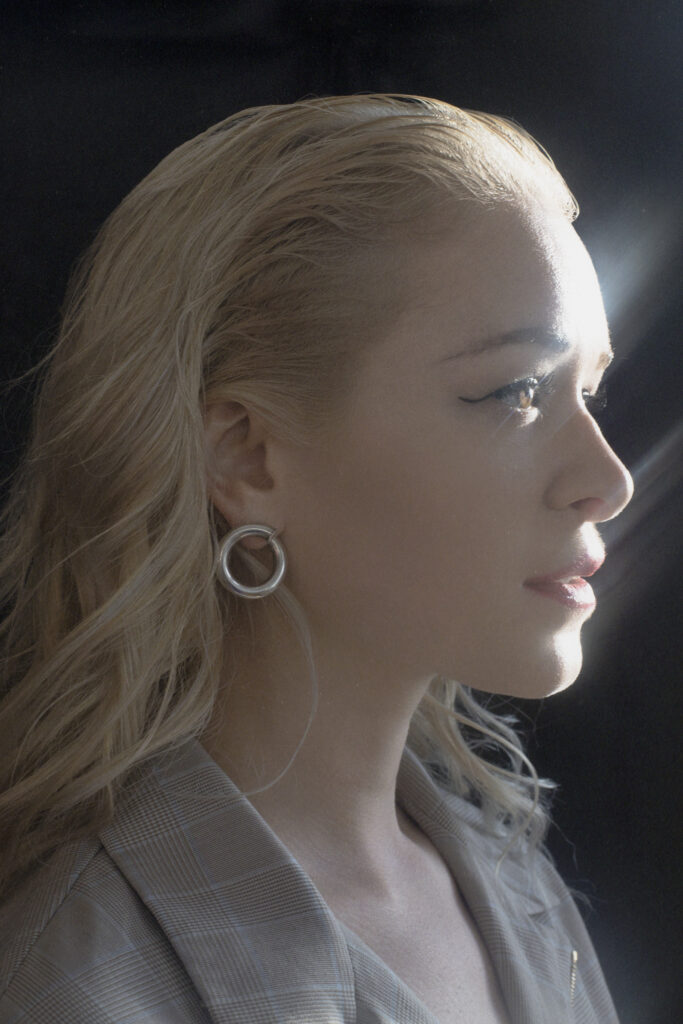 Aisling Brouwer is a Dutch/Irish film composer, producer & artist based in Berlin, where she is a resident composerat Riverside Studios.

Aisling has recently scored the Amazon Original ‘Lioness’ directed by Helena Coan; an intimate portrayal of World Boxing Champion Nicola Adams, which will be available to stream digitally. Aisling also scored Rubika Shah’s ‘White Riot’, which screened in cinemas globally after winning the BFI Grierson Award in 2019, and a Special Mention Award at Berlinale International Film Festival, amongst other accolades. The ambient electronic score was released as an OST album in December 2020 and received attention from renowned film critic Mark Kermode, as well as artist & radio presenter Tom Robinson.

Aisling’s artist project, alongside Anna Phoebe – AVAWAVES – is signed to One Little Independent Records (home to Bjork, Ásgeir, Poppy Ackroyd). In 2021 they scored the ocean adventure feature ‘Savage Waters’ directed by Mikey Corker and produced by Ghislaine Couvillat. AVAWAVES released their second album ‘Chrysalis’ on October 8th 2021, following their debut ‘Waves’ which was released in 2019 and championed by Mary Anne Hobbs, BBC 6 Music and Scala Radio. The duo will be performing live at the Royal Albert Hall on October 29th and November 6th as part of ‘Journeys’ festival curated by Nitin Sawhney celebrating 150 years of immigration for the hall’s 150th birthday.