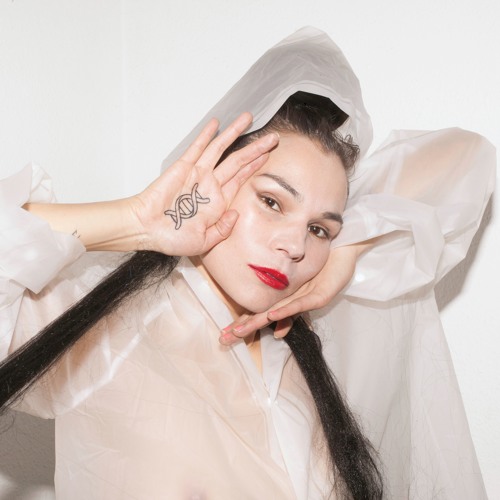 Devi first came to prominence under the non de plume Kate Wax, releasing industrial-influenced techno on a variety of labels including Mental Groove, Output, and Border Community between 2004 and 2012. Following a spiritual reawakening, she began producing music under her own name and established a label called Danse Noire in 2013 to release Aura 4 Everyone, an EP of hypnotic, mantra-like electro-pop. This was followed in 2014 by “Hakken Dub,” a more dancefloor-oriented 12″ that included “Throat Dub,” an extended showcase of Devi’s throat singing, as its B-side.

In 2015, Aisha made her debut on the Houndstooth label with Conscious Cunt, an EP of abstract pieces about the treatment of women in society. The EP’s track “Aurat” was based on a poem written by Urdu feminist Kishwar Naheed. All three of the release’s tracks were included on Devi’s full-length Of Matter and Spirit, also released by Houndstooth in 2015. The acclaimed album was followed by an EP of remixes in 2016, including reworks by Lakker and Throwing Shade. In 2017, she collaborated with SØS Gunver Ryberg, Rrose, and Paula Temple on the EP Decon/Recon #2.