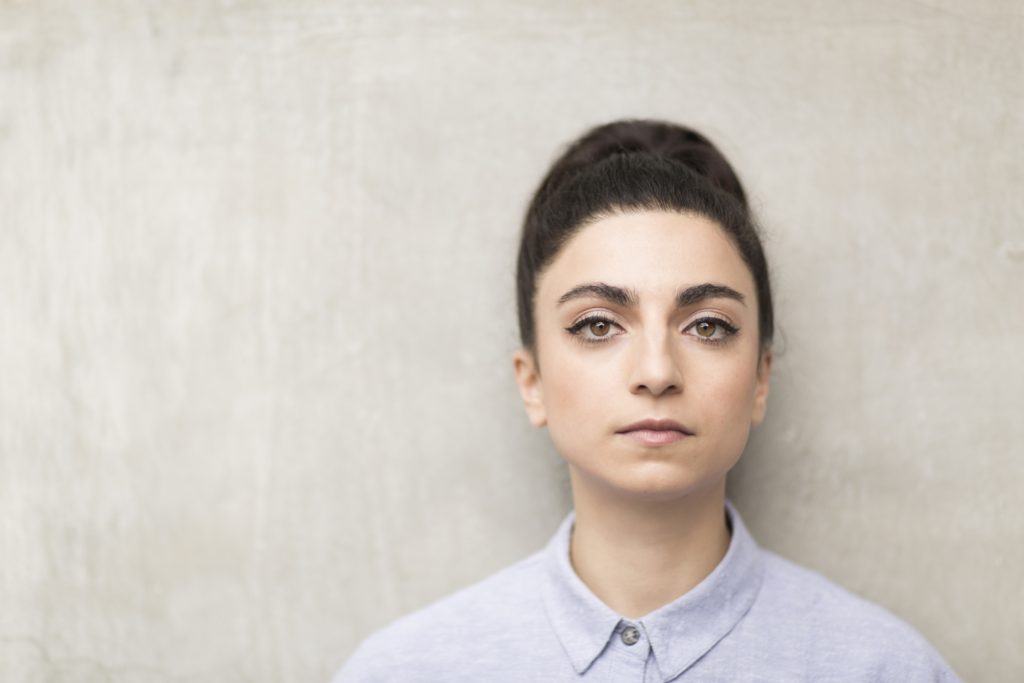 Working closely with the physicality of sound, Shiva’s music focuses on sound-manipulation and sampling, as well as analogue and bespoke electrics that generate pure sounds of electricity.

In 2017, Shiva was honoured with the British Composer Award for Innovation from BASCA for her use of mixed instrumentation with live sampling on turntables. In 2018, she performed across Europe including at the Moscow Museum of Modern Art (VAC), BBC Proms and the London Jazz Festival. Her previous awards also include London Music Masters Composer Award in 2016, Royal Philharmonic Society Composition Prize (2009), Women Make Music PRS award and the BBC/Guardian Young Composer of the Year in 2004.

Shiva Feshareki’s debut 2019 LP, NEW FORMS, is a snapshot into her turntabling experiments: A sonic exploration of perspective and context, demonstrating how one idea can have numerous perspectives of opinion, expansion, complexity and interpretation. She also composes extensively for orchestras, recently including the BBC Concert Orchestra, Aarhus Symphony Orchestra, London Contemporary Orchestra, Dusseldorf Symphoniker and Orchestra Nationale de Lyon.

Shiva has a Doctorate in Music from the Royal College of Music and her experience as a researcher closely informs her composing and live output. Through her research and compositional work, she has contributed to a rediscovery of some early pioneers in electronic music such as Pauline Oliveros, Daphne Oram and Éliane Radigue.